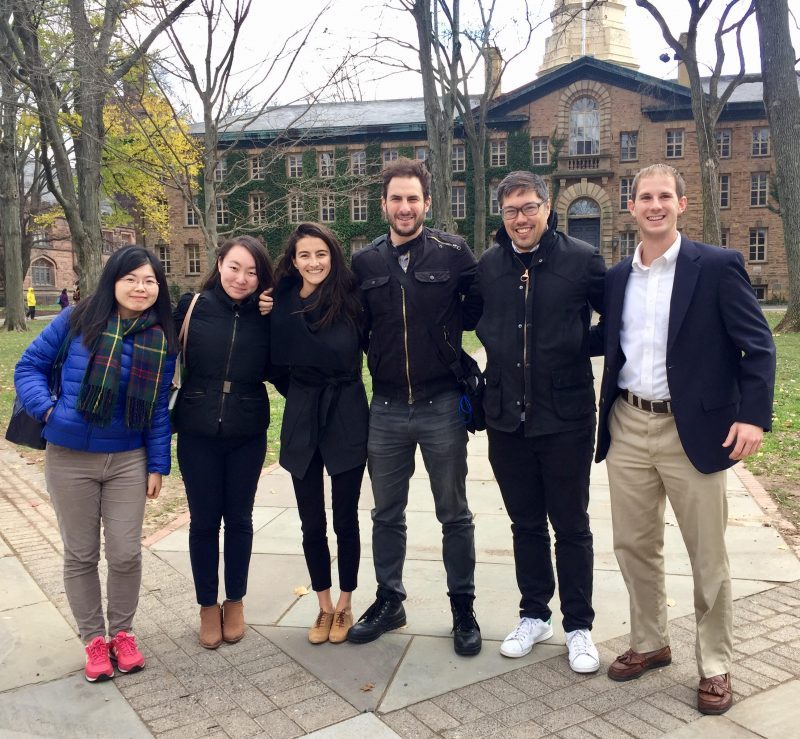 There exists the potential for the world to be transformed by technology more radically than we can imagine in the next few decades – and yet we are largely unprepared for it. That is the message I came away with at the first ever 2016 Princeton Envision Conference, a weekend gathering of some of the brightest young minds from top undergraduate and graduate programs. With four other InSITE Fellows, I heard from some of the world’s eminent researchers in fields as diverse as neuroscience and plasma physics, and interacted with some of the technologies that will change the world and even what it means to be human.

The first day began with an opening introduction by Luke Nosak, one of the founders of PayPal and the Founders Fund. He was both excited and concerned about the future, specifically the societal impact of AI and the singularity, which is the moment at which we create an artificial superintelligence (should it ever arrive). These conflicting feelings became a prevalent theme amongst most of the conference’s speakers about the promise and the dangers of revolutionary technologies.

This was followed by a tour of the Princeton Plasma Physics Laboratory, which holds the largest experimental fusion reactor of its kind. Nuclear fusion, which is the sun’s energy source, has the potential to solve the world’s energy needs, and yet its feasibility remains elusive. Given the current political climate, we were told that the U.S. could lose its position as a leader in fusion research.

The next day included a discussion of various moonshot initiatives in space, a panel contemplating the safety of artificial intelligence, and an introduction to the practical applications of virtual reality. Highlights include:

The most insightful event on the third day was a panel discussion of advances in biotechnology and societal implications. Advances in the past decade in genetic editing have grown exponentially thanks to the discovery of CRISPR/Cas9, which if you haven’t heard of yet you likely will over the coming decades. The DNA sequence allows for existing genes to be added and/or new ones added, and has immense potential to revolutionize areas from agriculture to disease control to the human body and mind.

This conference is invaluable for anyone interested not just in the technology of the future but also the societal and policy implications. It was also an amazing way to meet some of the brightest researchers and students across the country. I highly recommend it to all InSITE fellows. More information can be found at http://envision-conference.com

Deed Ziegler is an InSITE Fellow at Columbia Business School, MBA ’18. Prior to grad school, Deed was an Infantry and Intelligence Officer in the US Marine Corps.