After graduating from Columbia’s MBA program, you landed a great job at RRE Ventures. How did you get there and why did you decide to leave and start Brilliant Bicycles?
There are really three ways to be successful in venture which means there are really three ways to have a good intuition when making bets on businesses. The first is to have a deep history of working in an industry: knowing everyone, every company, and everything that has ever happened, so when you get a pitch you know how to evaluate. Another way is to be really technical. The third way is to have that special touch or a good “deal nose”. Shana Fisher (High Line Venture Partners) is widely regarded to have that touch.MBAs by definition are not the first or the second and statistically very few people are the third. I got my job at RRE Ventures because I was able to interact with the firm’s partners through a class at Columbia. I proactively went after the TA job, made the connections, learned the hiring schedule a year in advance, and got in front of the right people. I joined the team, supported one of the partners, looked at the deals, and thought about whether I wanted to be an investor or an entrepreneur. I quickly developed the mental framework about the three types of successful people in venture and decided I wasn’t one of those three types. So, I needed to find somewhere where I could be really differentiated. 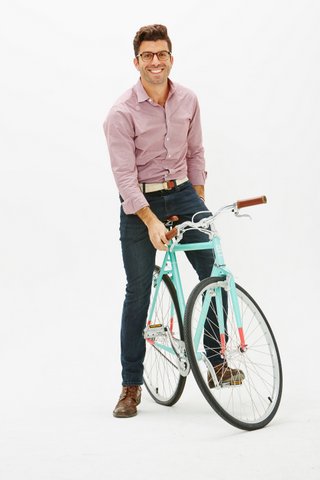 Beating the streets to find deals is exhausting. Everyone is doing it, so it’s hard to find a company that no one has heard of. Venture is a long game. It takes five years to even start figuring out if you are good, 10 years to make money, and 15 years to make a lot of money. And that’s assuming that the fund you are at is going to make money (which, again, statistically is a long shot) and that you’ll get meaningful economics.

In venture, I was trying to solve an unbounded problem. You can invest in whatever you want. Most likely, what no one is paying attention to is probably a complete waste of time, but it’s also where you’re going to find breakout deals. I found it difficult to know that my efforts were either totally a waste of time or hugely valuable. In venture, you can waste 99.9% of your time, but if you invest in Facebook or Twitter, you’re a genius, and rich. Personally, I just found this a difficult model on a day-to-day basis. You crawl in bed every night with really no sense of how productive you’ve been and you’re unlikely to get any clarity for years. It just wasn’t for me, at least in this stage of my life. Right now, I’m selling bikes. It’s a very bounded problem and I can measure progress every day.

How did you come up with Brilliant Bike?
I spent business school trying to find an idea for a company to start. I did research on a long series of ideas and it was a total waste of time. It’s like deciding to get married in three months and then furiously searching for your mate. Bad ideas are easy to come up with and relatively easy to discard. But once in a while, I’d get a red herring of a good idea and spend a few weeks working like crazy. Then I’d realize I was totally out of my depth working on an idea in education or genomics or something I was equally unqualified to ‘disrupt’. I’d have to talk myself down from the ledge by imagining discovering six months down the road something that scuttled the business that an expert in the field would have known intuitively. That just wasn’t the type of risk I was willing to take. It was a known unkonwn, if you will.

By the time I got to RRE, I had decided to take a different approach: I wasn’t going to look for ideas, but just get smart on e-commerce as a space. There is a term called the “prepared mind,” which is just having a mental framework such that when you see interesting things, alarm bells go off. That’s how it evolved for me. I spent all this time looking at e-commerce. And then I went to the store and has this really frustrating experience. They asked me all these technical questions and it was actually a little embarrassing because I had no idea. It’s like someone in a Verizon store asking if you want a phone with a CPU using x86 architecture or ARM. And you’re like “But will it play Angry Birds?” And then they make you feel bad for not geeking out with them. It’s sort of laughable. At Brilliant, we are going to make the process of buying and owning a bicycle as easy as riding the bike itself. As crazy as it sounds, buying a bike today is actually hard.

What was it like when you started out?
Having learned e-commerce at RRE and before that during an internship at Bonobos , I realized the current bike industry was pretty broken and there wasn’t a brand in the market doing it right. That’s when I started hustling. I went to trade shows, cold e-mailed companies, and told distributors and manufacturers I was a buyer to get access to factories in Taiwan and China. No factory owner in Asia wants to hear from some random guy in New York who wants to start a business in an industry he has no actual experience in whose volumes will take years to grow in the off-chance it works. It took a lot of perseverance, and luck.

Dustin Muskovitz said you should only start a company if you have no other choice and I think that’s great advice. I came to a place where I didn’t feel like I had a choice. I realized that if I didn’t start this company, I would always feel like I wussed out for personal reasons. The concept of being in New York in your mid 30s with a failed company is scary. Good luck buying an apartment and sending your kids to good schools, not to mention explaining to your parents why someone with two fancy and expensive degrees chose to sell bikes and then it flopped.

I had to come to terms with that as a possible outcome. I was able to do that and now it feels sort of obvious because I think we’re close to having something real and something cool, but it was gut-wrenching in the moment. I also had to agree not to re-visit that decision everyday or I’d go nuts. I’ve also done a pretty good job of not looking back. But every day is really hard. I never sleep. I am exhausted. Every day there is a high and a low. It’s all-consuming. I have eight bikes in my studio apartment which is doubling as our warehouse and there’s nowhere to sit. It just never stops.

How’s your personal life?
In some ways, nonexistent. No one cares about this as much as you do. It’s a constant process of managing external parties to deliver on timelines and not piss them off in the process. You pay yourself the minimum you can get away with. Every time you go out to eat and spend money, you know that’s money coming from the company. I often think maybe I shouldn’t eat out and instead get some sleep because I’m exhausted. It’s as hard as everyone says. I work every day, including significant weekend hours. But I don’t care. Actually, I like it. I’m doing something I care about and I *want* to be putting in those weekend hours. I got up at 6am this Sunday to work because I wanted to.

Recently I realized that if everyday is the same, sure that means I’m working a bit more on my two weekend days, but importantly it also means that I’m living a lot more during during the five traditional work days. Instead of having this really bifurcated life experience, it’s more even, and I definitely prefer it. You feel more like you’re living your life instead of preparing to live your life at some point when you get it figured out.

Any recent updates for Brilliant Bike?
We are going to launch to a small customer base this winter, with the intent to fully launch this spring. Yesterday I flew back from L.A. where we were doing a video shoot. We were filming from 5:30 in the morning until dusk and then we would edit the film, have a beer, and just crash. Then we’d do it again the next day.

What gets you out of bed every day?
I just love it. I’m having a great time. Every day is progress, which is in contrast to venture where it is difficult to measure progress in the short run. I love being my own boss. You never assign yourself bulls*** work. That sounds like an obvious point, but it surprised me. You’re just never doing something that you don’t think is really valuable.

What’s the long-term goal?
To be the iconic bicycle brand. When you think swimming you think ‘Speedo’, when you think soccer you think ‘Adidas’. With bikes there is no dominant brand. That is what we want. We want to bring access to more people. You don’t have to be a rich white guy who shaves his legs to get on the road. If you have a few hundred bucks we can get you on a high quality bike that you can ride for years.

How has the InSITE community helped you?
The community has been really helpful. Having people dispersed across different sectors and companies gives you the ability to bounce ideas around and get amazing feedback. Paul Tumpowsky has continued to be extremely helpful and supportive. The process of developing that framework about who is successful in Venture was helped by my InSITE experience. InSITE is what you make of it. The people that invest a lot get a lot out of the program.

Adam is writing a blog documenting everything he has learned starting Brilliant. The blog focuses on the less sexy side of entrepreneurship and the boring little things that no one teaches you, but you wish you’d known from the get-go. Polishing touches are being done on the first posts to be published this month. Subscribe here.

Lee Cleghorn is a first-year MBA student at Columbia Business School and InSITE Fellow. He has served as a Special Forces Detachment Commander for the U.S. Special Forces.