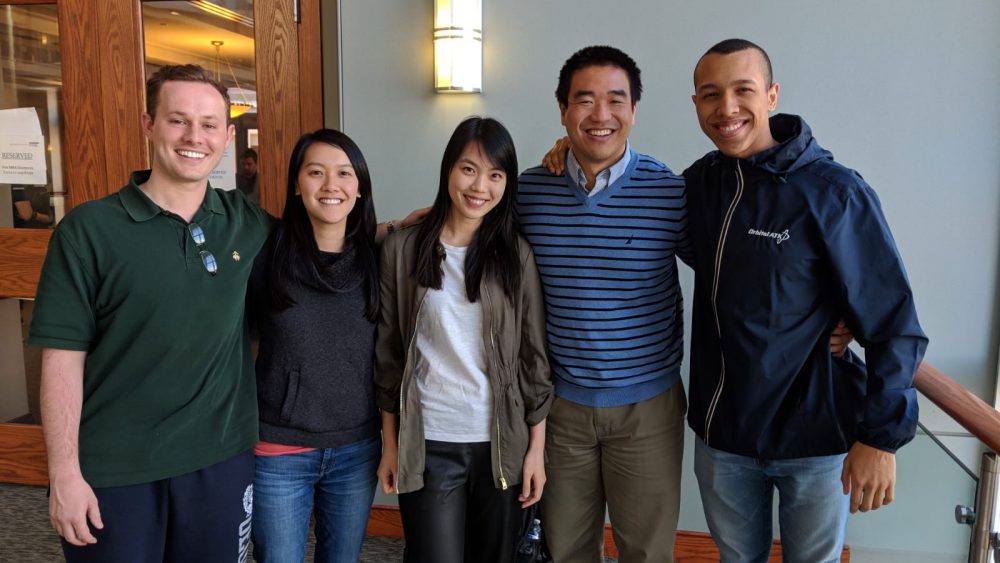 Kenny Tan, a Georgetown MBA1 at the D.C. Chapter of InSITE Fellows joins us with a guest blog post about his experience on a project for Commonwealth Joe, a premium specialty coffee roaster and retailer that pioneered Nitro Cold Brew coffee in offices in the D.C. Metro area. Kenny is a founding member and current co-President of HoyAlytics, the Business Analytics club at Georgetown McDonough.

Our client, CEO Robert Peck of Commonwealth Joe, was the archetype of a young entrepreneur. Unbridled energy, optimism, and passion. Not to be outshone, his executive team was not only knowledgeable and committed but also welcoming and curious.

My InSITE team was an embarrassment of all-stars. Mostly. A former NASA engineer wunderkind. A former Teach for America corps member and soon-to-be venture capitalist. A former top-level consultant with a ridiculous resume.

And me. A former academic researcher with no start-up, consulting, or even business experience.

Given my non-traditional background, I was eager to learn as much as I could, but I was also quietly terrified about performing in an arena I was only just beginning to understand. My teammates were already experienced businesspeople. I had never put together a slide deck outside of academics. Our client wanted a market analysis of high-end office nitro cold brew coffee. My coffee of choice comes in a K-cup. My teammates were whiteboarding masters. Ideas flowed and discussion jumped from concept to concept while I found myself caught flatfooted in thoughts long left behind. I soon began to think of myself as a square peg trying to fit into a round hole.

While my team and our client were nothing but supportive, I still yearned for that “a-ha!” moment of contribution. That day finally came when we attempted to accurately assess the demand for high-end nitro cold brew coffee in the United States by region, state, and city. Being such a specific ask, we ran into a lot of roadblocks. Our client had a product that was new, niche, and thus extremely difficult to research. We were resourceful and came up with numbers and figures using Census data, industry research on coffee demand, competitive analysis of nitro cold brew retailers, and more, but even with this wealth of information, we knew we weren’t quite there. We scoured the internet, ran numbers, and considered our options for emergency surveying and other methods. Faced with no good answers, I switched into my researcher mindset.

To me, the biggest difference between the research and business world is that the researcher slowly and methodically considers all options because time isn’t a constraint. A businessperson takes what information is most available and produces the best decision within the time constraint. In this case, my team’s skillfulness allowed me extra time, and a-ha! I realized that we were going about the problem wrong. We were trying to re-invent the wheel. The demand for nitro cold brew coffee is niche, but even so, it must be articulated somewhere. I posited to the group, “The industry leaders sell nitro cold brew coffee too…they must have done this research before,” and sure enough, they had. This set off a chain reaction of activity, and using industry leader data, we were able to produce a reliable proxy for office nitro cold brew coffee demand that was not only novel to our team but novel to Commonwealth Joe as well. This breakthrough had nothing to do with business methods of forecasting demand; it was simply an adaptation of one of the first steps in research: a literature search.

In the business world, I’m starting to realize that even with round holes, it helps to have some square pegs. The solutions to start-ups’ problems requires outside-the-box thinking, so a team thus needs outside-the-box people. But even with these people, the team needs to have the camaraderie and trust necessary for everyone to work to their strengths. For those with non-traditional backgrounds, don’t worry! Your contributions will be different than most, but that difference is what makes your contribution so valuable. For those already with a business background including Tiffany, Dave, Nika, Shannon, Robert, and all the folks at Commonwealth Joe, thanks for welcoming me (and others like me) into your world.